Warning: count(): Parameter must be an array or an object that implements Countable in /misc/19/000/236/947/8/user/web/mediosmejoresqueganenmas.org/wp-content/plugins/profile-pic/profile-pic.php on line 489 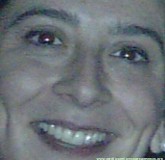 It all started one day…

In 1985, coinciding with my admission to the Hispanic Language and Linguistics B.A. program at the National Autonomous University of Mexico (UNAM),  Televisa announced a national telenovela scriptwriting contest. The company hoped to attract renown elite writers with a generous monetary prize and the promise to produce and air the winning works.  This way, its world-wide best-selling genre, could only gain in literary and social prestige. It was not them  –Octavio Paz, Mario Vargas Llosa, and the rest, however, who sent their works to the Literary Supervision Department, but hundreds of anonimous and un-prejudiced telenovela spectators around the country, who dreamt about sharing their own stories with the rest of the audience.

I was only 19 at the time, but took advantage of such an unprecedented opportunity.  I sent a story abstract and its first chapters; and my work came finalist.  It certainly was not produced, nor did I receive any monetary prize for it; but I was invited to join other finalists in an in-company dramaturgy program  for telenovela writers –first and only edition of it.

This invitation allowed me to study how the genre was written and produced, under the guidance of experienced and successful telenovela writers like Fernanda Villeli, Carlos Olmos, Carlos Téllez, and Luis Reyes de la Maza… These two courses coincided in time (1986-1987) with those I was taking at university about popular Spanish literatures in the Medieval ages, the Renassaince and the Spanish Viceroyalties, with professors Aurelio González Pérez, Eugenia Revueltas Acevedo, María Dolores Bravo Arriaga, et al. This unplanned sincronicity allowed me to appreciate contemporary popular works under previously unthinkable parameters.  And once on this path, it was only natural to pursue it for my B.A, M.A., and Ph.D. dissertations, logically reframing both what media people lived and what literary scholars thought in regards to popular works.

Along the way I finally understood what popular works’ are meant to do for society –what their social function is; as well as their particular aesthetics, their true literary and social worth,  …and their political and business uses. I also understood that the case against popular arts –like many other social phenomena in our days, has been built upon prejudices, more than on scientific grounds, by those in authority to model what our contemporary urban rationalistic culture values or not.

Since that contest was first announced in 1985, and until today (2011), 25 years of continuous and hard work have elapsed: A whole life… And terms like “content” (referring to a work that could be transmitted through different media or containers, while remaining clearly distinguishable from others), for which I was originally –and harshly (in Academia), criticized,  became commonplace.

As you will realize reading the articles on this site, the subject of my research –popular literature and mass media, is not only exciting, it is also critical for the well-being of society at large.  It thus demanded of me thousands of hours of study –serious, ethical, …and neutral in regards to those agendas that are currently modelling media contents.  It demanded a deep analysis that I undertook passionately, if only because hardly anyone else was ready to carry it without the agenda-bias that is inherent to much academic and entrepreneurial research and to current intellectual pursuits.

Now, thanks to this site, you will be able to share the results of my life-long research –my life-long adventure. And all of us together will be able to fight so that the popular literary works that reach us through different media, may recuperate the glory of their past golden ages:

Media have truly lost credibility and sales through opposing criteria which are innately human, and which allow for aesthetic pleasure to happen.  But if this changes…,

we will soon have better media  earning more money