In his book The blank slate; the modern denial of human nature (published in 2002), Steven Pinker, MIT and Harvard neurolinguist, gathers scientific evidence that all humans are born with innate traits, which are inherent to our species.

In the present talk, Pinker remembers this book and how everyone around him expected it to generate an irated, intense, reaction against –which it did.  Implicitly, Pinker thus accepts the impressive pressure that is exercised over researchers, university teachers and thinkers in general, in order to prevent them from standing for anything that may adversely affect current agendas (political, economic, social…) –their limits differing broadly from the ones most people think.

In other words:  Intelectual leaders are subject to the same pressures that act upon artists and media people, in order to make them produce contents that systematically oppose their target audiences’ values, ideas and beliefs (and even their own, when different).  That is: Unless these thinkers want to become unacceptable for those who grant honours, prizes, admission to learnt and scientific societies, work, tenure, academic degrees, prestige, and even personal safety.

Despite the large number of taboo subjects he deals with in his book, two pretty innocent ones seemed to attract most of the negative reactions against: The fact that parenting and heritage weight a lot on human beings, and the fact that the elite arts’ decline (the cultured or ‘high brow’ arts’ decline) may be the result of a XX century seminal idea, that renounces to what is natural to our human condition, denying it.

From this seminal idea by Virginia Wolf, and the political-economical context of the time, emerged what Barnett Newman called “the impulse of modern art”: The desire to destroy beauty,  disqualifying it as a bourgeois negative heritage, reducing it to mere tackyness; or –these we add ourselves, reducing it to an alleged “lack of artistry on the side of creators, and lack of knowledge on the side of audiences who ‘astoundingly’ expected to experiment pleasure when exposed to the elite arts”.

The influence of high arts on media and commercial arts, however, is so strong –not to mention the weight of agendas, of course, that high-brow slants and prejudices have affected and shaped media contents to a great extent, too.  This accounts to the growing lack of credibility and consumption they have been experimenting for a long time themselves.

Can we truly say that we cannot understand what is driving people away from media, when everything anthropology has related to the spontaneous, natural enjoyment of art (aesthetic pleasure), and to beauty, has been rejected, disqualified, critized, discredited, or denied by many media content and marketing managers and critics…?

Pinker summarizes what has been rejected in an enlightened and fun list:

+ literature without narrative and plot,

+ poetry without meter and rhyme,

+ music without melody and rhythm, and

+ criticism without clarity, attention to aesthetics and insight into the human condition” .

Let us add one more criterium to this list:

+ Rejection of the majoritarian audiences’ values, ideas and beliefs, which constitute the very fabric of our contents, what enables us to experiment aesthetic pleasure, and what justifies their consumption, according to many anthropological studies (cfr. Mims & Lerner).

This is the specialized know-how media are hungering for, in order to attract audiences again to their products. This is our “must-do” list, if we truly want to create “better and more profitable media”.

Easier said than done, indeed.  But it is even harder to accept that we have been fed and modelled with prejudices that do not respond to our human nature, to art, to scientific truth, or even to media’s business needs. 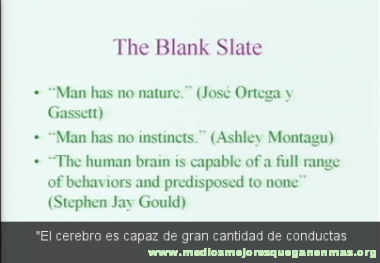