Anonymous messages…  –most of us distrust them.

When we talk about letters, we are suspicious of those that reach us without a signature and a return-address.  When we talk about general information, we tend to distrust rumours, because we don’t know who started them and what they are expecting to obtain through them.  And anonymity constitutes, as well, the main difference between a pamphlet and a legally distributed magazine –magazines are required by law to include information about who publishes them, and where these persons can be located, so that both you and the authorities can reach them if necessary.

This proves particularly important when you talk about electronic media, because of their massive and indiscriminate reach.  In regards to traditional electronic media –like TV,  it is not unusual to know who their owners are supposed to be, where they are broadcasting from, and where their main offices are located.  Knowing these allows us to imagine what we can expect from them, to analyse what they say more accurately, and to complain or congratulate them when the need arises.  I certainly do.

This is exactly what bothers me so much about Channel 40 [Mexican open TV channel, that started to operate in 1995, when this article was first published]:  We have no idea about who is transmitting it, why, and from where.

Somebody must benefit from its operation, as such an expensive enterprise cannot be launched without huge investments –particularly as it is being aired practically without any paid advertising.

Whatever the reason, its purpose must relate somehow to its “content agenda” –to the particular selection of news they are publishing.  But if we don’t know who is supporting them, it becomes harder to realize both who they are and who they serve; and to weigh their ideological orientation up. If they hide this information from us, how can we analyze their messages properly?

They say the signal is being cast from Miami; and so it may be.  But they are certainly targeting us, because they have launched a national advertising campaign in our country.

One of their spots claims they only transmit “truth shots” –shots of truth.  Another one sentences: “We are what we see”; a third one promises to only deliver “reality on television” for us.  But neither include the name, address and telephone number or their editor-in-chief (or whoever is responsible for their editorial policies), or the name of the persons and institutions that are covering their rocketing operating costs.  If someone knows who they are, I will appreciate to be told, and to communicate with them:

They are omitting news that should be covered by somebody who boasts about their independence and credibility.

Before we learn who is behind them, we won’t be able to trust what they say. And not because of their recent creation or low profile; but because it is mere common sense not to trust whomever throws a stone, only to hide his/her hand afterwards.

Anonymous sources… There is something untasty about most of them. 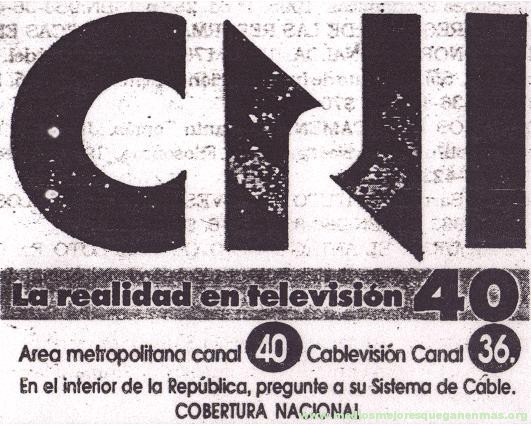