IN DEFENSE OF POPULAR COMMERCIAL MAGAZINES, NOVELS AND COMICS

I– DO YOUNG PEOPLE TODAY READ?

–Don´t young people read?–  I asked myself in a subway station, before a poster encouraging them to read. I must say that at that moment, dozens of young adults walked right by without stopping to read –not Shakespeare or Cervantes, for goodness sake– but a simple notice board.

–And the rest of the population? Do they read?–  I could answer the question myself, recalling the results of a survey published not long ago in one of the then nationally distributed newspapers in Mexico (El Heraldo de México; September 30th, 1991).

Indeed they do; in spite of the depressing predictions which shed a bitter and fatalistic vision of the future of our society, the majority of those who responded to the survey said they did read regularly (an astonishing 83 %).

Nevertheless, these results amaze even the most optimistic among us: without adopting extremist positions, we are all able to see that “something” is happening in the world of reading.

When speaking about reading material, we must make distinctions among the different types of literature available to the potential consumer-reader; in general, almost everyone would agree that it is not the same to read “El Laberinto de la soledad”, by the Mexican Nobel Prize winner Octavio Paz, as it is to read La Chimoltrufia (part of a series of humorous magazines adapted from TV).

Due to space limitations, we won´t get into detailed explanations which would invariably take us into technical complexities of an almost Byzantine nature. We will simplify the discussion by assigning a name to each extreme (a simplification which we will clarify later on):  El Laberinto de la soledad, then, will serve as an example of “elite” [high-brow, prestigious] literature  –usually simply referred to as “literature”; while La Chimoltrufia will exemplify those writings usually marginalized by the more educated and cultured, and most often referred to as para-literature, sub-literature, and counter-literature. We will refer to this last type of writing as “marginalized literature”, or “low-end”, in English (María Cruz García de Enterría; Literaturas marginadas [Translation: Marginalized or “Low-end” Literatures], Madrid, Playor, 1983; page 7).

We make this distinction in order to facilitate our study of literature in general, as it would not be easy to defend and maintain such an extreme dichotomy if we attempted to classify works one by one. For this same reason, and keeping in mind our present pursuit, we shall consider all literary works somehow distributed along a spectrum (or continuum), along which the differences between the two types can only be clearly perceived when we compare works at one extreme with those at the other.

If we refer back to the above mentioned survey, we find that 64% of the participants were able to name at least one “low-end” work, while 90% were unable to name a single work by Octavio Paz.

We could not accept this data as representative of course, if we were unable to verify it through comparison with other sources. Nevertheless we can corroborate the information in a relatively credible way, by studying the number of editions, and the number of volumes in each of these, given that these numbers reflect the existence and size of a  reading population (particularly in the more commercial “low-end” literature).

The editions of the “great works” –and the not so great, written by the “elite” authors’, are on average no larger than 3,000 copies per title and edition –a number far smaller than that which corresponds to some 120 different magazines  we commonly find at newsstands (Tarifas y datos de los medios impresos  [Translation: Economic and General Information Regarding Printed Matter”] # 1991-2 [May-August of 1991]; pages 147 to 192, source of copies-per-edition numbers in this article.).

Let’s examine the magazine Eres[Translation: YOU], aimed exclusively at young readers –that is: just one segment of society. It publishes 650,000 magazines per month; while the magazine TVyNovelas [TV and Soap Operas] reaches almost one million copies on a biweekly basis [‘This article was published in 1994, before the 1995 heavy content-agenda changes]. Almost two million copies per week are published of El Libro Vaquero [The Cowboy Book], making it the largest and most widely distributed serial publication sold in Mexico.

The difference is astonishing –but let us take heart!  The printed word, although in the form of “low-end” literature, is still part of peoples’ daily lives and therefore also a part of the daily lives of our troubled youth.

Several factors contribute to the consumption of “low-end” literature –in particular the more popular, best-selling works, as opposed to their more prestigious counterparts.   In addition to lower prices, “low-end” literature  –I believe, is more appealing due to the ease with which it can be read. But this is the way things must be:

Reading requires a certain level of skill which is only acquired after long and consistent practice. It isn’t hard to recall the time when each of us learned to read:

At the beginning we all read one letter at a time. Upon seeing each letter, that letter “recalled” to us in our minds, the sound that it represented:

The letters, once combined to form two sound chains –in this case: /lovs mi/, had to then be translated into an idea or concept: <loves me> ( Oh: “loves me” …!). Hence why, once combined, the letters may comprise and deliver a specific thought (“mamma loves me!”), which we, in turn, will parse, process, analyze, integrate synthesize, and act upon.

It takes a great deal of time and effort for this complex process of codification, decodification and analysis, to become automatic. After having invested a sufficient amount of time (thousands of hours, at least), the person becomes able to recognize entire words in one go, no longer needing to sound them out letter by letter.  Each word becomes similar to a pictogram which at one glance brings to our minds,  not only the particular object it represents, but a whole series of possible connections and meanings within the structure of the sentence –“Dog” may refer to a domestic animal, but it may also be used either as an insult, or as something bothersome (as in “her error would dog her for years after”); we won’t be able to tell which meaning is being delivered on each occasion, before we have thoroughly analyzed (“parsed”) both the context and the sentence.

Until the reader achieves a certain level of expertise, the process is rather cumbersome; later on, reading becomes a pleasure, a challenge, and –at times, even an addiction. It is a pity that people who end up studying literature, journalism or communications at the university due to a love for reading which was nurtured, at least in part, by these so-called “low-end” works, must deny their enjoyment of them -…in public, at least.

It is unlikely that someone will ever come to enjoy the pleasure of reading, if we make the learning process difficult or unpleasant.  Is it surprising, then, that we have all read many comics, magazines, science fiction, adventure or romance stories before beginning to delight in authors of greater cultural and intellectual difficulty?

For many of those who haven´t been shown how to appreciate other differences, the principal factor which separates “elite” literature from popular literature in this century, is the same which differentiates pessimists from optimists.  Specifically, we must understand the importance of the “happy ending” for most readers.  Should this really come as a surprise given that young people nowadays are forced to live in the world such as it is today?

Young people today must navigate the confusing waters of daily lives that are anything but routine –rather, they are ever changing; engaged in relationships which are more painful than comforting; within families undergoing a process of reinvention; with values being redefined; with stereotypes undergoing renewed examination and analysis; with cultural, social and economic models spiraling in constant disintegration; and all the while living without the easy comfort enjoyed by those who grew up in a clearly orderly and hierarchical society which dictated and demanded clearly identifiable values.

Survival has become complicated.  We need only recall a few of the most recent dramatic events in history to understand this. Nothing appears constant and solid in this dizzying and changeable society.  We find ourselves tossed about upon the waves of change, finding neither a beam nor a board to hang on to, in this stormy sea.

Popular literature not only provides us with an opportunity for escape from our fears and insecurities. We further believe we’ve found a truly useful reflection of our society in it, since in it we find useful paradigms (stereotypes) we can adopt and imitate in order to act appropriately in whatever situation we find ourselves in, within the culture in which we live. What’s more, this reflection of society we see, allows us to locate ourselves within it, and to compare ourselves to others –often favorably, given that the inside of situations are often illuminated for us only when seen from the outside. We are thus helped in setting goals for ourselves and encouraged to achieve them. The importance of this literature as a school for behavior has been the object of much study. Perhaps the time has come to use this medium more ethically, more responsibly, even lovingly, for the benefit of all segments of society –that is: transmitting the culture, values, ideas and beliefs that are important for them, not for different interest groups, not for intellectual minorities, not for advertisers….

It is true that “elite” literature also attempts to reflect society; however, judging by the above mentioned reading preferences, it is apparent that young people don´t feel the same interest in its “great authors”.  It isn´t hard to understand why not: After all, who among us would seek out a pessimist to keep us company during moments of doubt, tiredness or solitude? 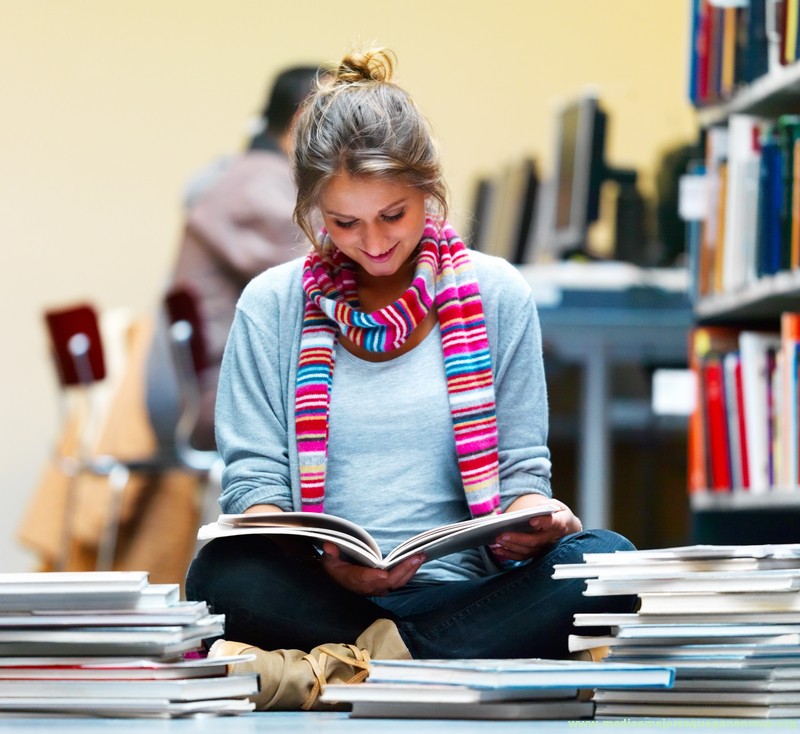