There are internationally recognized scientists and thinkers in Mexico.  One of them –and a graduate of our University (UNAM), invented an intravenous serum known as the Sodi polarizing solution, which is commonly used in hospitals all around the world.  I am obviously speaking about Dr. Demetrio Sodi Pallares –may he rest in peace.

And all of his research, theories and therapeutic successes arise from a common seminal idea: The certainty that, with respect to our metabolism, an excess of intracellular sodium ions reduces the body’s ability to react adequately to illness. To state this more clearly:  The amount of salt we are used to consume, is bad for our health.

A case in point: Western medicine arrived in Kenya long before the Western diet did.  Thanks to this, medical records had systematically been kept for long, before foreign cultural influences modified the average Kenyan lifestyle. Before this happened, for example, people there habitually consumed approximately 1 gram of salt per day, as well as foods which were naturally low in sodium.  When the Western diet became commonplace, however, local medical records showed the first-ever cases of hypertension and heart attacks in the history of Kenya.

Further evidence: Cancerous cells have greater amounts of intracellular sodium than healthy cells.  By reducing the amount of intracellular sodium, as well as stimulating other metabolic processes, Dr. Sodi successfully reversed the process of several terminal cancers (particularly bone cancer), as we can see in numerous books and articles.

Why am I discussing this in a column usually devoted to Popular Literature?  Because, to a certain extent, it is possible to transfer many medical discoveries to Literature…: The National Television Violence Study in the U.S.[1997], just published the results garnered from the second year of comprehensive television research and analysis. The conclusions?: The number of violent programs increased from 58 to 61 percent in only one year.

It is difficult for viewers to discern such a small annual increase, of course; but if the tendency remains constant, this increase could reach frightening proportions with the passage of time, as past experience has shown.

It is a fact that present day shows reach much higher levels of violence than programs created and aired fifteen years ago, or more.  The latter were not as violent because, had they suddenly included so much more-violence [the current level of violence], viewers would have rejected them, and tv companies would have lost sales –for example.

The consequences are obvious, as I indicated in Humanidades #87, 91 and 138:  Multiple scientific studies and statistics coincide in correlating the growth of violence in society, with the products being sold by the media –this being a decisive though not the only factor, of course; we will return to this topic later in this article.

Researchers who work for international organizations have connected the growing violence in the media, for example, not only with an increase in criminal behavior, but also with growing domestic violence, as well as violence in schools.  As we indicated in Humanidades # 138, it is also possible to draw connections between the notable increase in very-young mothers (mothers under-fifteen years-of-age) in our country, and the “liberalization” of media content, authorized by RTC [Radio, Television and Cinema, department of the Mexican Ministry of the Interior, which regulates and supervises media content].

Content of morbidly-exciting interest within a narrative, behaves similarly to sodium in our diet:  That which is of morbid interest (as we discussed in Humanidades #101) is characterized by the transgression of socially acceptable limits; and although it is inevitably striking, it is generally rejected by the majority of mainstream audiences (by the public in general)  when included in popular works, as consumer statistics amply demonstrate –rejected, always in the event that it be sufficiently extreme that the consumer perceives it;  or to put it another way: The even-remotely-perceivable  unhealthy-abuse of it, kills sales (Humanidades #93 and 103)-.

In the same way as one becomes used to eating food containing more and more salt, one becomes used to being constantly exposed to crude, transgressive scenes –the receiver becomes “desensitized” to them –as scientific studies prove, and starts missing them when shows and other media products are not as “salty” as usual.  However, has this always been the case?

I remember the first Greek tragedy –classic tragedy, I ever read: Oedipus.  The protagonist loses his eyes at one point; however this is not explicitly described or shown.  Suddenly, the protagonist appears on the scene with patches covering his eyes, and he then explains with affliction what has happened to him. His words are intended to move the public and call attention to the terrible consequences of blindness, instead of to the mutilation itself.

For the Greeks, the morbid –the visceral, had to take place “off stage”, because only a bad author would try to illicit interest in such an easy, destructive or vulgar manner.  This is where the word “ob-scene” (off-scene…) originated, which over time has acquired moral connotations not present in the original.

Many centuries later, we have discovered the correctness of this position: The head of the Communications Department at Stanford University has pointed out that, the only televised social-service advertisement which managed to convince “underage criminals” [convicted criminals who are not yet legal adults], not to return to their criminal behavior, was one that showed the consequences suffered by the victims’ relatives; particularly their mothers (Donald F. Roberts, seminar, November 26th, 1996; Anáhuac University, Mexico).

Using less salt is a creative challenge in cooking: In its stead one may use chili, lemon, garlic, onion, parsley, mint, cinnamon, vinegar, paprika, thyme, basil, rosemary, bay leaves, tomato… Taking less advantage of “easy” narrative devices –since anybody can get one´s attention using visceral imagery, is equally a challenge for the writer.  Or, are we less capable than the great Greek writers, in our days…? 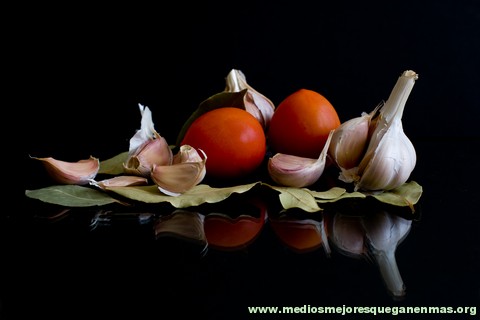