In “The mysterious case of the missing spectator”, I made a brief reference to popular, low-end, or low-brow literature as the one that characteristically employs a collective aesthetic. What does this really mean? To clarify the explanation, I’m going to ask you to respond to a few questions regarding various types of works and characters that most of us know and like…

Complete the following sentences, filling the empty spaces with the missing word/s:

1) In a “cops and robbers” story, the “good guy” and the “bad guy” find themselves standing face to face, and one of them yells:

2) At the most exciting moment of a romantic story, one of the main characters exclaims:

3) If you open a book, and the first words you read are “inter-galactic ship”, you can be sure the novel is about:

4) If you turn on the TV, and you see a shadowy old house hidden away in a bleak and isolated setting, and you hear an unsettling wind whistling in the background; you are probably watching a:

5) A very unusual couple appears in your favorite soap-opera or “telenovela”:

Due to interference by others and a series of misunderstandings, they haven´t seen one another for years. Now, coincidentally, they happen to share the same roof, but not the same bedroom.

We know they still love each other as much as the day they met, but the mix-ups still stand between them.  He approaches her door and places his hand on the knob.  It appears he will open it, but…

After a few moments of tension, the man pulls his hand back and leaves.

You can bet a million dollars they will:

a, never meet again, or

b, reconcile and live happily ever after.

6) An innocent young bride, abandoned by a previous fiancé due to fortuitous circumstances –the sinking of a ship, for example– finds herself face to face with the man she presumed dead,   on the very day she is to wed another.  How does she react?

b, She initiates a legal process to sue the former fiancé for breaking the marriage promise, or

c, She asks the men to form a ménage á trois  –to live the three of them together forever after…!

7) If you went to buy a Superman action-figure for your child, and the store-person tried to convince you to settle for a figure dressed like “El Zorro”, assuring you that it is the Superman doll (“Superman has his suit at the cleaner´s, and in the meantime he is ‘walking around’ in this other suit…”). Would you buy it?

If you answered the following:

2, come between us again/separate us again,

5, b –reconcile and live happily ever after–,

7, b, –no, because Superman without his outfit, is not Superman–,

But, how did you know the right answers?

After years of exposure to works of popular fiction, you know what to expect. Without being aware of it, we have been trained as experts in it. A popular-fiction work has no meaning in and of itself (as an esteemed high-brow work of art would be expected to).

In other words: Popular works exist and become fully meaningful within the wider context of similar works, because they use signs and symbols common to one another, thus constituting genres through the type of elements they choose to gather.

As a matter of fact: They update and strengthen this common “catalogue” of elements-with-which-to-build-a-story, every time they either use one or some of them, and every time they successfully add new ones to it (new ones that the audience understands and loves).  The new elements in a popular work, together with the new combination of known “old” elements used in it, serve to differentiate each new story slightly from its predecessors. Its uniqueness is therefore measured in a different way.

If an author of popular fiction lays out for us the basic characteristics of a cowboy, s/he is communicating far more information than just “here is a cowboy”: Just by presenting his “bare bones”, we immediately understand what to expect from the whole story and its author.

Thanks to this phenomenon, you were able to correctly identify the  dialogues, scenes, characters and genres mentioned above, in spite of my having provided you with very little actual information.  The test questions revealed some of the different types of elements to be found in our collective aesthetic “catalogue”.  A personal anecdote: I have come across the statement “You’re not alone; you have me by your side” on so many occasions, that I found it 3 times in just one work (one of Corín Tellado’s novels!).

Put another way:  Authors of popular fiction, use and rely on a vast catalogue of elements already familiar to us, from where they choose the ones most suited to their next work  –a collective heritage that is accessed and used, and which is strengthened by this ongoing use of it–.

In addition, the way the works are created and the way in which they aim to appeal to the consumer, differ from most elite works in that the former are not intended for a small group of the “initiated”, nor do they have aspirations towards an impossible “absolute originality”. INSTEAD they are designed to please and be understood by a large audience (of all socio-economic classes and all educational levels: from the illiterate to the post-graduate).

Additionally, they are constructed in such a way that the collective culture and values of society: the fatherland –our country, the motherland –in the sense used by the Mexican poet López Velarde to refer to that region of our childhood and loves–, the mother, work, goodness as always better for us than evil, etc. are invoked, legitimized and explained.  This is why the “good guys” (good according to the above mentioned collective values) always win in the end and the “bad guys” lose.  We see here the parallel with traditional mythology, which –as is well known, serves to explain and legitimize the social order.

Thus it is clear that these works of popular fiction, both use and exist within a collective aesthetics.

Following this same reasoning, we may affirm that these works belong to each and every one of us, to a certain extent.

Image which originally accompanied another article of ours

(“What highly educated people read when nobody watches…”,

when first printed by Humanidades, UNAM).

An apparently innocent scene, which nevertheless appears frequently in horror novels and films, is that of the little girl who walks alone along a hotel corridor.

El hormiguero producers at CUATRO Television (Spain, circa June 2011), hid a camera in just such a hall and filmed the reactions of passersby who didn´t know it was put up.

The majority recognized the scene, and reacted to it not for what it really was in reality, but rather due to the connotations and associations they made with respect to horror movies!

(hosted at a Portuguese website: SorisoMail, under the title “O teste do miedo” [Translation: The test of fear]):  http://sorisomail.com/email/129235/o-teste-do-medo–apenas-uma-menina-num-corredor-de-hotel.html

The video’s not only entertaining, but also provides clear proof that we do in fact catalogue and store in our memories scenes and other narrative elements which are found in popular literature and films, and which influence the way we process the information we receive from the real world –not only from stories. 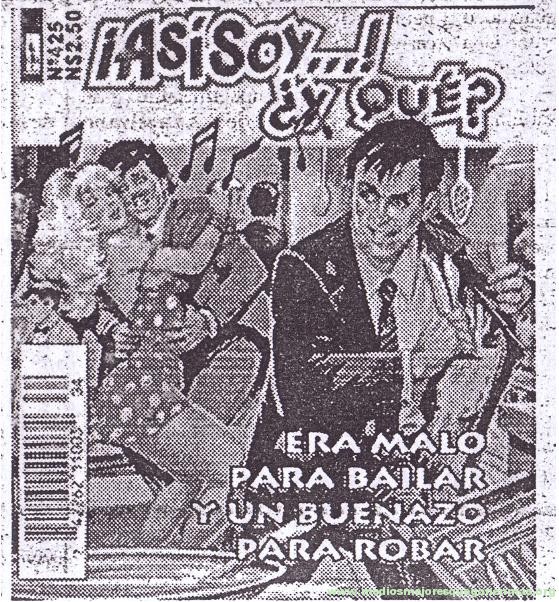